You are here: Home / Mis hijos bilingües / The Effect of Short-Term Immersion Programs for Heritage-Speakers of Spanish

Mami habla español is happy and honored to have our first guest post!

Crystal Marull is  the mother of two bilingual children. Her passion for other cultures and specially for the Spanish language is taking her to pursue a PhD in Bilingualism and Second Language. This time, she is going to share with us her current research study wich is about “The effect of Short Term Immersion Programs for Heritage Speaker of Spanish”

As parents raising bilingual children, we have all experienced anecdotally the improvement in our children’s language skills after a trip back to our home country. But, have you ever wondered if those effects have a long-term impact or are only short-lived? Have you ever wondered how much time abroad is necessary for real improvements and what language elements benefit most – vocabulary or grammar? These questions are the motivation for my current research study which examines the effects of a short-term immersion experience in a Spanish-dominant environment on the language abilities of English-dominant heritage speakers.

Before I get into the nitty-gritty of my proposed research let me tell you a bit about myself. I am a native English speaker, born and raised in the Philadelphia area. It was in college that my bilingual identity blossomed. I studied abroad for two semesters in Madrid, Spain and moved there after graduation. I lived there for seven years where I married an Argentine and gave birth to our first child. Shortly thereafter we decided to move to the States to be closer to family, but we were committed to raising our daughter, and son who arrived just one year later, bilingually and bi-culturally.

But, as I am sure many of you have experienced, no matter how much we’ve insisted on using Spanish at home our children insist on answering us in English. They understand and occasionally humor us with their Spanish knowledge, but for the most part we feel like we are losing the battle. Movies, games, books, playgroups, and a strict Spanish-only policy just don’t seem to be enough. So what are we to do? Probably, what you would do. We are going to take a trip to visit the grandparents in Argentina. We’ve gone in the past and they’ve seemed to improve. But does it really help? Is it really the solution? They were so little the last time. How much did it really help? Did it their long-term language skills really benefit from our time abroad? Now that they are 4 and 5 years old it seems like an ideal time to find out. As a current graduate student at Rutgers University pursuing a PhD in Bilingualism and Second Language Acquisition it is second nature for me to transform my curiosities into research projects and that is exactly what I have done.

So what’s the plan? It works like this. Last week I had a native Spanish speaker meet individually with my children to try to pull as much Spanish out of them as she possibly could. We did this by using common tools in the field of child language research. First, she presented them some pages from the story “Frog on his own” by Mercer Mayer and told them a modified version of the story. Then, she asked them to repeat the story back to her. The goal was to elicit as much narrative and past-tense verb forms as possible. After they finished the story, she showed them some interesting images and asked them questions. For example, one image shows a dentist about to clean the teeth of a little girl. Here, she was able to ask them if they had ever gone to the dentist, if they had been scared or not, if they had lost any teeth yet… and so forth. The total time of the interview session lasted about 25 minutes. Each session was video recorded and will later be transcribed and coded for different grammatical structures, errors, and vocabulary.

Now, in two weeks, we will be traveling to Argentina where we will be spending the entire summer (almost 3 months). While there our lucky children will be able to attend a Spanish-speaking school run by my mother-in-law. This will give the kids a chance to receive formal education in Spanish as well as form relationships with their peers. Both should foster their language skills, right? Well, at least in theory; let’s see what happens in practice.

When we return to the US, the idea is to repeat a similar interview session with a slightly different story and different prompts. Again, the sessions will be recorded, transcribed, and coded. The most critical data will be collected six months later and possibly again a year later. At that time, the children will be interviewed once again using the same language elicitation techniques followed by transcription and codification.

Upon comparing the pre-interview, the post-interview, and the follow-up interview I will be able to quantify and put into measurable terms the actual benefits gained by extended stays in an immersion environment. I will be able to analyze what language elements improve the most or the least and which ones have a long-lasting impact on language skills. By comparing the results of my two kids I will also be able to make claims about the role of age and if there is one age that is more beneficial than another.

This is just a start, but wouldn’t it be wonderful to know, based on empirical research, how beneficial these trips home really are? Wouldn’t it be great to know if there is really a difference between staying two weeks or two months? Of course, more studies of this type would be necessary to reach those conclusions, but we must get the ball rolling. Each year more and more “heritage speakers” are born in the United States and it is time we determine what the best practices are to raise them to realize their bilingual language potential with all the benefits that it confers, from increased professional opportunities to improved cognitive abilities.

So stay tuned, as I will be updating you on how this project evolves. I will also be contributing occasionally to this blog about other projects I’m involved in, all of which focus on bilingualism and second language acquisition and range from the role of literacy in language acquisition (an fMRI study) to the development and processing of syntactic structures by older child second language learners. ¡Hasta pronto!

Sample of the elicitation task 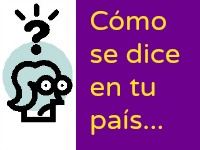